Happy 5th Birthday to The Royal in Nundah!

Once known as ‘The Royal English Hotel’, the Royal reopened its doors in 2014 after extensive renovations to launch as a quality, Italian restaurant in a much-loved Aussie pub setting.

Simon Rayner, Hotel Manager, is proud of how The Royal, and Nundah, has grown over the last five years.

“It has been a wonderful journey over the last five years meeting lots of amazing people and watching families grow along with ours,” says Simon.

“Being a local myself it has been great to see Nundah grow in to a bustling suburb over recent years.”

The Royal has been a finalist in the Queensland Hotels Association Awards for two consecutive years, and the restaurant has being accredited with Ospitalita Italiana, a quality seal recognised by the Italian Government.

“I wrote a vision statement 6 years ago for The Royal to be the centre of village life in Nundah, and a great pub locals love,” says Simon.

“I think we have achieved that along the way.” 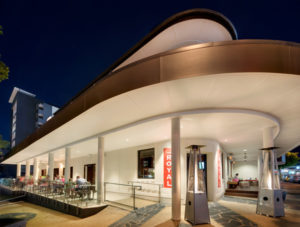